The RoF development team has posted a sneak peek of the coming revised career mode in their Rise Of Flight News Blog.

According to this blog entry the new career mode may include the following features:

* Covers 700 days of the Great War. More days may be added if we build planes from even earlier in the war.
* Continued promotion through the ranks.
* Changing Weather with Seasonal Textures (Summer, Autumn and Winter).
* New Titles and Awards.
* More than 15 different types of missions.
* New types of gameplay, such as adjusting artillery fire or photo reconnaissance, with new interactive elements and equipment such a wireless radio and/or camera added to your plane. You can also watch real-time changes in the world based on the results of your actions such as corrected artillery fire.
* A higher level of interactivity and randomness during missions, for example, flying close to an enemy's airfield could trigger enemy fighters to intercept you.
* Combines your personal statistics, events and achievements with real history.
* Interactive map of hostilities with information about current operations at the front and the location of various units and squadrons.
* Historically correct squadron’s location and re-locations.
* Historically correct automatic mission completion by A.I. pilots in missions not involving the player using a new technique we developed.
* Historically correct awards and conditions for awards.
* Realistic calendar of European Weather
* Virtual "Newspaper", depicting timely events at the front, new inventions in science and technology, and list of important aces published on a regular basis.
* All virtual A.I. squadron mates have their own names, grow in rank and abilities, go the hospital if needed and receive awards for their actions.
* Ability to meet historic allied or enemy aces in combat situations. If you kill a famous enemy ace he will not re-appear and his kill total will stop in the press.
* Ability to be transferred to another squadron with promotion in rank.
* Realistic attrition of personnel and material in your squadron.
* Repair of damaged aircraft and hospitalization of wounded pilots.
* Ability to use a custom paintjob after 5 kills.
* Opportunity to become a squadron commander and plan missions.
* Planning includes the selection of pilots and aircrafts, which will participate in your flight.
* Editing a route: choice of range, move waypoints, a height indicator, buildings types, speeds and altitudes.
* Many new villages, town and industrial areas added to the map along with windsocks at airfields.

Some features seem to have been implemented and the team is proceeding to the testing stage. 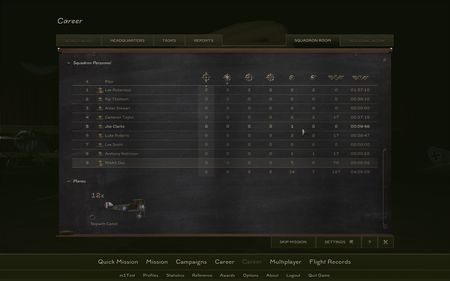 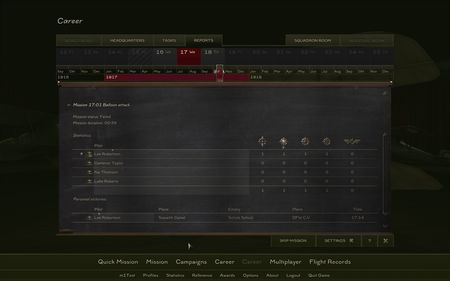 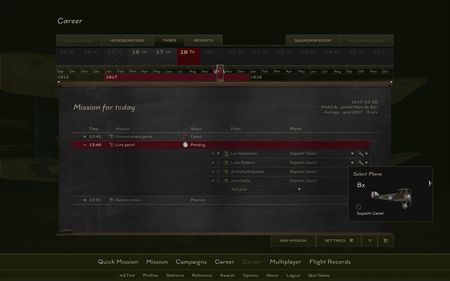 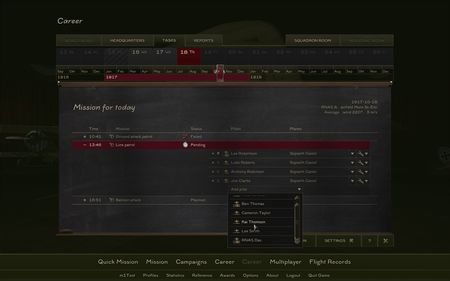 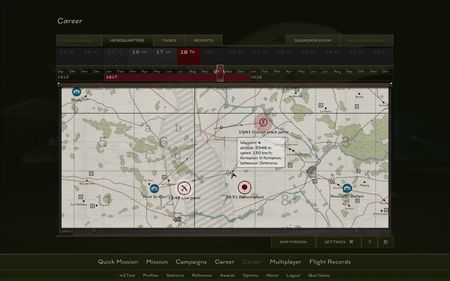 We will see how that compares to Patrick Wilson's RoFCampaign.

One other thing is an option for death = career over.I get immersed when the stakes are high.Its in very few games out though sadly.Here is a post from SimHQ about this feature in OFF

"pawgy to get the most out of the game I really do suggest starting a career...this is where it shines....though be prepared to start up loads of them as you don't last to long but the immersion is superb and when you lose that fighter who has 16 hours under his belt it is gut wrenching experience.Sometimes just taking off you get butterflies as you really don't want to lose him."