Tonight there was a press release by 777 Studios which will publish the new W.W.I flight simulation Rise Of Flight in North America. They aim for a release date right after E3 show on 8th of June but most likely it will be the 15th. The sim will also be presented on E3 show to the public:

(Redlands, CA) ? May 19, 2009 ? 777 Studios is proud to announce that it will publish the next-gen PC flight-simulation title Rise of Flight: The First Great Air War from Russian developer neoqb in North America and it will be released in boxed form on June 8th, 2009. Rise of Flight will also be exclusively distributed in North America by CompuExpert and available at major PC game retailers such as GoGamer.com, Amazon.com and others.

Jason Williams, President of 777 Studios, had this to say, ?I am thrilled to be representing neoqb and Rise of Flight in North America. It has been an honor and a pleasure to work in partnership with such a dedicated and motivated developer. They have created something special in Rise of Flight and their Digital Nature Engine. Developing a flight-sim of this caliber is a daunting task and they pulled off what very few have. Congratulations!?

Plans to further expand the Rise of Flight experience in the coming months with more flyable aircraft, scenery, objects and features are underway. There are over 160 possible aircraft that could be included in future releases, including bombers, scout planes and fighters. Hurry! Grab your goggles and silk scarf. Enemy planes are approaching! 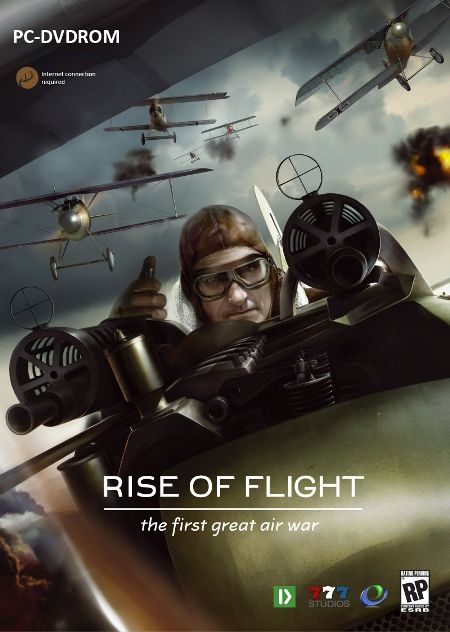 There is some more information from Jason Williams, President of 777 Studios:

ROF will not be a Steam title for the foreseeable future from what I understand. If that changes I am sure an announcement will be made by neoqb. There will be a digital version available after the retail release, but I will let neoqb address that. I do have rights to sell the digital version for North America and elsewhere when it is available.

The disk version will be in a cool looking box as you can see, include a good size map of the theatre with a cool poster on the back, a helpful user guide and a keymap with some custom art on the back of that. Oh and the disk of course. :-) The packaging and its contents will be revealed once it's ready.

GoGamer lists the game already for 39.90 US-$. But what about Europe, Asia and Australia?

There is a hint by Jason Williams:


It will be available all over the world in short order I am sure. I don't know the Euro release date. Sorry guys. neoqb will have to speak on that.


Ok, now we need neoqb to say something too ;o)

Eurozone release date I think end of this summer but before december 2009. Flysims are not the sale stars here in the Eurozone, its all shooters and livesims.

Back to News (RoF)